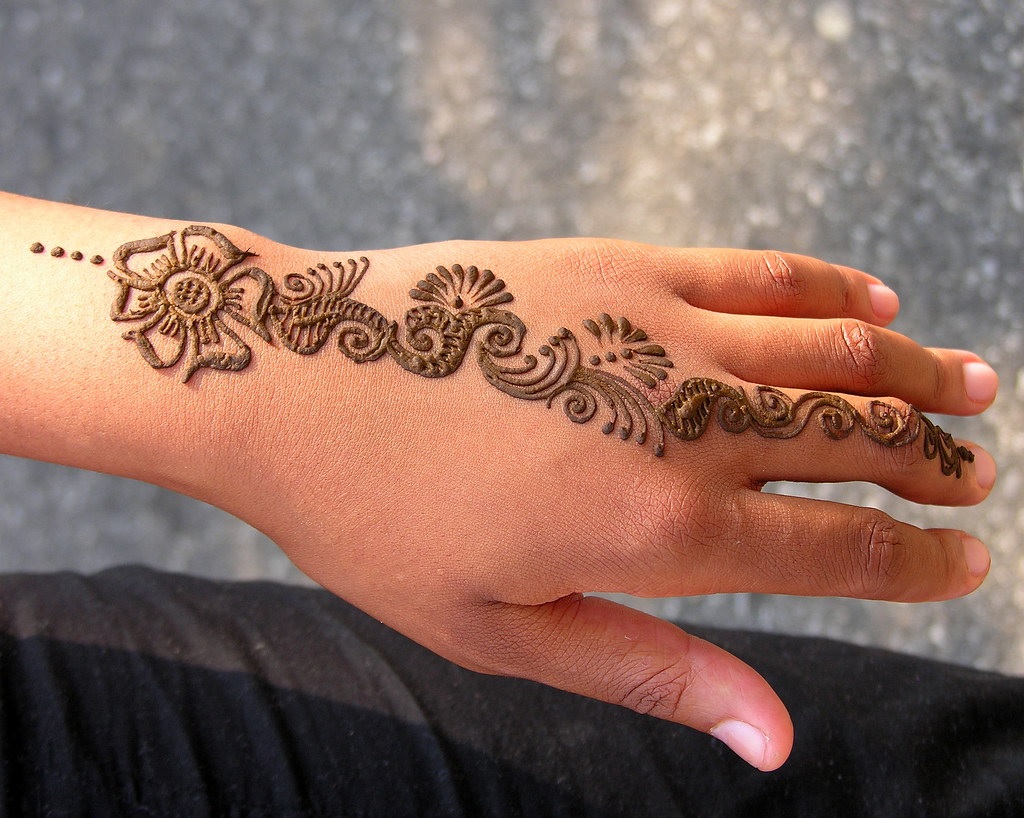 Henna tattoos are a popular way to express your personality in an artistic way. They can be found on people of all ages and cultures, but the main use for henna is as decoration during special occasions such as weddings or festivals.

Henna tattoos can have many different meanings depending on the culture and they are used in. Some example meanings of a henna tattoo include joy, beauty, happiness, spiritual awakening, prosperity and a deterrent of evil.

This article will explore the meaning behind henna tattoos in different cultures and how they were used throughout history.

Although there are no universal symbols used in henna tattoo design, some designs incorporate recognizable elements and have traditional associations.

Some common henna meanings include:

Sahasrara – a lotus-shaped flower with hundreds of petals and 20 layers approximately. It symbolizes purity and the union of one’s soul with the divine.

Birds – In general, birds are considered as messengers between heaven and earth. Certain types of birds have their own symbolic meanings in henna tattoo designs. A swan symbolizes success, while a peacock is associated with beauty and virtue.

Paisley designs – or other similarly patterned tattoos often seen in henna are symbols of luck and fertility to some cultures.

Dragonflies and butterflies – both of these symbols symbolize change and rebirth in henna designs.

Eyes – these are a common symbol in henna tattoos because they represent protection.

Reptiles – snakes and lizards are both associated with the search of enlightenment.

Lotus – The lotus is one of the most popular symbols in henna designs but also in Indian art and myth. The lotus symbolizes perseverance as well as beauty, and fertility.

A henna tattoo is a temporary tattoo made with natural ingredients that leaves a beautiful dark brown stain on your skin. Henna tattoos are typically applied at celebrations such as weddings, Christmas or any other special occasion where you want to look good for the event!

When you think of tattoos, it’s likely that the image in your head is a black and grey sketch or an intricate work with textures. But what about henna? Henna is often seen as more feminine than other tattoo designs because they are usually done on women for cultural reasons like ceremonies and celebrations.

Where do Henna Tattoos Come From?

Henna tattoos originally come from Asia, although they have now spread to places all over North America so you’re in luck if you’re looking to get one! They have become more and more popular because of celebrities using them.

Why Get a Henna Tattoo?

Ways to Customize Your Henna Design

You can choose the size of your design. For example, if you want to go in an easily manageable size with a design that’s not too big or small for where it is being applied on your body; medium sized would be perfect!

But what about something larger? If you’re looking at having henna done all over yourself and need more room to do so then large designs are great because they allow space for greater coverage when applying them everywhere on oneself.

The same goes vice versa: if one wants smaller designs but still needs some customization options then just opt-in for tiny ones as well.

The design of the henna tattoo depends on the artist and also the location. Although the henna plant is native to North African countries, it is also found in other countries, such as Australia and Asia. However, henna is usually associated with India. In India this form of tattoo is referred to as “mehndi.”

Mehndi refers to the style in which it is piped. Comparing an Arab tattoo and a mehndi, you can see a significant difference. The mehndi tattoo usually uses circles as a starting point, and they usually cover large areas of the body.

The Arab varieties on the other hand, tend to be more subtle. They usually include flowers, plants, and symbols. Even though there are different styles, most artists will be happy to create any design you want.

In Indian tradition, henna tattoos were used during Hindu weddings, holidays and celebrations. In Hindu festivities, women will usually have henna designs drawn onto their hands and feet. Men may rarely get henna tattoos, but if they do it will be on their back, chest or other parts of their body. One use for henna tattoos is to make them stand out on areas with less pigment, like the back of the hands and feet.

In Hindu weddings, Mehndi is usually done on the bride days before the wedding day. In Hindu cultures, the henna tattoo is a big part of pre-wedding celebrations and happens before the actual wedding ceremony.With the henna tattoo, the design is usually created by a professional and often includes initials. Tattoos are great for expressing the person’s personality and taste. With this tradition, it also symbolizes a step into new beginnings.

In Egypt, the henna powder is mixed with water or lemon juice and pressed into a pan. The mixture is heated up with candles. The pan will be passed around from guest to guest until the henna is ready. The guests will then put a small amount of henna in the palm of their hands and leave it to stain.

Now we want to dive into the history of this ancient tattoo to help others understand the more about henna tattoos, their native countries and what it represents for people wanting to wear this on their bodies.

Mehndi, or henna, goes back more than 5000 years, but it was also described in the Hindu Vedic ritual books. Henna tattoos for the most part are done on women, although men will occasionally get one.

One of the reasons this style of tattooing has gained popularity is more than the intricate designs, but also the expression of happiness and luck that these designs provide.

Because henna designs are a popular symbol of beauty, many chose to permanently tattoo these images onto the skin in order to preserve the art. The designs are made using delicate line work, woven together to create a tattoo that reflects Indian culture.

Similar to the mandala design, which is often included in henna tattoos, the lines interconnect and expand out, creating various symbols. Popular images used in traditional designs include: bright suns, flowers and mandalas, arches and dotted patterns, peacocks, and lotus flowers.

We hope that our article helped you learn more about Henna tattoos. Did we miss anything? Let us know in the comments below.